Watford Palace Theatre proudly presents the world premiere musical I Capture the Castle, based on the iconic novel by Dodie Smith, and co-produced with the Octagon Theatre Bolton and Kevin Wallace Limited, in association with Deborah Ward.
Set in the Bohemian England of the 1930s, Dodie Smith’s worldwide bestselling classic is a warm and sharply funny coming-of-age story.  The script by Teresa Howard (Grock (Chichester Festival Theatre) and Possessed (a new musical play with Steven Edis)) tells the story through the eyes of seventeen year old narrator Cassandra, opening with the famous line:
‘I write this sitting in the kitchen sink..’
The original music by composer Steven Edis (The Silver Sword Belgrade Theatre Coventry,Oklahoma, Royal and Derngate, Volpone RSC) has influences of swing, tango, beguine, English folksong and a hint of Cole Porter.
Artistic Director of Watford Palace Theatre Brigid Larmour (Jefferson’s Garden by Timberlake Wertenbaker, Coming Up by Neil d’Souza, Love Me Do by Marks and Gran) brings her trademark blend of emotional storytelling and physical theatre to this exciting new British musical.
Cassandra is writing a diary about her eccentric family: her irritating elder sister Rose; her unconventional stepmother Topaz; her orphaned admirer Stephen; and her novelist father James, who hasn’t written a word in years.   They are behind with the rent for the tumbledown castle that seemed so romantic when they moved in. The roof is leaking, it never stops raining and the family is surviving on oatcakes and eggs.
But the new landlord is a wealthy young American, with an attractive younger brother, and spring is in the air.  Perhaps things are about to change.
Brigid Larmour, Artistic Director of Watford Palace Theatre, said today:
‘There is something magical about Dodie Smith’s story about finding your way into adulthood.  Steven and Teresa have written a fresh, passionate adaptation, and it is exciting to be reimagining this extraordinary book as a piece of contemporary music theatre.’
I Capture the Castle opens on Wednesday 5 April until Saturday 22 April, with previews from Friday 31 March.
The production will go on general sale at Watford Palace Theatre from Wednesday 18 May.
I Capture the Castle is supported by the National Lottery through Arts Council England. 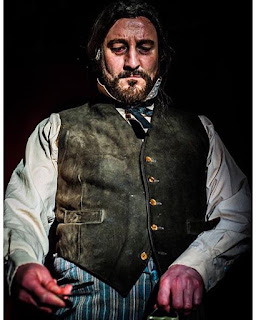